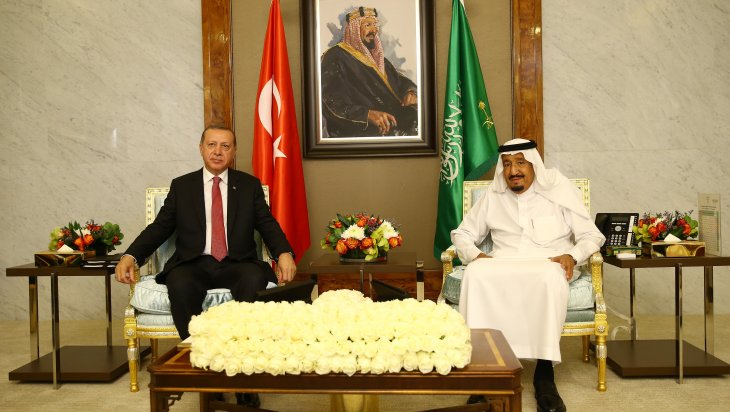 The Presidency of the Republic of Turkey has announced that President Recep Tayyip Erdogan will pay a visit to Saudi Arabia upon an invitation made by King Salman bin Abdulaziz. This visit to Saudi Arabia, first and foremost, represents an important threshold in terms of both Turkish foreign policy and Saudi foreign policy. It is possible to assert that the visit will constitute a turning point in the relationship between Turkey and Saudi Arabia and in regional politics.

Turkish foreign policy and Saudi foreign policy
Periodic tensions existing in the relationship between Turkey and Saudi Arabia reached a climax in 2017. Until 2020-2021, the two countries experienced conflicts both in bilateral relations and in terms of their policies towards the region. Nevertheless, in 2021, both countries took several decisions and started to adopt  more flexible attitudes in their foreign policies. In Turkish foreign policy,  decisions were taken in a more flexible environment of mutual understanding in terms of its relations with Egypt, the UAE, Armenia, Greece, and Israel, which had long been identified as having  political and military problems. While exchanges of views were realized between Turkey and Egypt at various levels, the period of tense relations with the UAE was overcome. The UAE’s de facto leader, Sheikh Mohammd bin Zayed, visited Turkey in November 2021, and President Recep Tayyip Erdogan, together with a large delegation, paid a visit, in return, to the UAE in February 2022. In addition to that, bilateral meetings were held among officials of  countries such as Armenia and Greece as part of the climate of normalization in Turkish foreign policy. In this context, quite a good level has been reached in Turkey – Israel relations as a link in the chain of activities normalizing  relations in the region, and Israeli President Isaac Herzog visited Turkey. Hence, Turkey's foreign policy has started to reap the benefits of the moves taken recently in a rational, flexible manner and in line with current circumstances.

Similarly, in 2021, Saudi Arabia took steps in its foreign policy to normalize relations with Turkey, in the first place. Turkish Foreign Minister Mevlüt Cavusoglu and Saudi Arabian Foreign Minister Prince Faisal bin Farhan met several times on different occasions, and then FM Mevlüt Cavusoglu visited Riyad in 2021. Moreover, as a result of Kuwait’s mediation efforts, Saudi Arabia played an important regional role in ending the three-and-a-half-year blockade against Qatar. The blockade ended with negotiations held in Al-Ula,  Saudi Arabia. Following the lifting of the embargo, relations between Saudi Arabia and Qatar improved again, and diplomatic, commercial, and economic progress were  achieved between the two countries. Besides, within the framework of normalizing regional relations, Saudi Arabia started negotiations with Iran. The fifth round of negotiations, brokered by Iraq, has been concluded in Baghdad. Recently, Saudi Arabia has also revived its initiatives in the Levant, where relations with Lebanon had been strained, and the process of establishing political and diplomatic relations with Lebanon has been accelerated. All this indicates that a normalized climate is  developing in the region.

Turkey – Saudi Arabia Relations
The normalization of relations, with the principle of prioritizing trade, and economic  investment, between two important economies and two members of the G20 in the region, is a very important development in terms of bilateral relations and regional politics. With this visit, it is expected that the issues in the areas of the economy, trade, and investment will be put on the agenda in the first place. In this context, Minister of Treasury and Finance Nureddin Nebati, who had talked with his Saudi counterpart Muhammed al Jadaan, has confirmed that the visit to Saudi Arabia will be concerning these three issues.

Although the trade volume between these two countries did not decrease substantially even in the periods during which serious political conflicts arose in bilateral relations, in recent years, Turkish exports have been reduced considerably due to not only the negative effects of COVID -19 but also specific actions taken to hamper the activities of Turkish companies. Therefore, the primary purpose of the negotiation will be the reinforcement of commercial relations between Turkey and Saudi Arabia and the prevention of new impediments to  the bilateral commercial ties. In this sense, it is possible to expect to increase and stimulate the growth of bilateral trade in sectors such as furniture, chemical products, carpets, hotel management, construction, real estate and other related sectors. In fact, these are among the sectors worst affected by the deteriorating bilateral ties.

In addition, an increase in mutual investments can be expected with various agreements that could be achieved between Saudi Arabia and Turkey. With the normalization of Turkey-UAE relations, it was announced that the UAE would allocate an investment fund worth  10 billion dollars to Turkey to strengthen commercial ties and build  trust in bilateral relations. It is estimated that this may increase by up to 20 billion dollars in the future. A similar improvement can be expected in  relations with Saudi Arabia to create an environment of trust in bilateral relations. The realization of such investments will also ensure that Saudi Arabia does not fall behind in the struggle for regional economic influence.

This visit could pave  the way for  further expansion of the socio-cultural framework of bilateral relations. In this context, it could be possible to facilitate pilgrimage tourism and increase quotas for Turkish pilgrims while promoting the touristic visits of Saudi citizens to Turkey. Strengthening the activities within this framework would also enable the normalization between the two countries, which has just begun, to spread to the other dimensions of social life.

Implications for regional politics
One of the most important consequences of the normalization of the relationship between Turkey and Saudi Arabia is the existence of a capacity to continue this tendency as part and parcel of the environment of regional normalization.

The normalization of  relations between the two major countries of the region in terms of political, military, and economic influence, should also be seen as an important development in terms of regional politics at a time when regional normalization activities have become the  norm. However, the normalization of  bilateral relations through priority areas in the fields of the economy, trade, and investment should not be interpreted as the imminent and abrupt adoption of a common stance on all foreign policy issues. What is more important here is the strengthening of the political will that ensures a climate of understanding in the relations between Turkey and Saudi Arabia. The strengthening of the reciprocal political will in this regard will be dependent, above all, upon the gradual concrete steps that the countries will take after this visit. 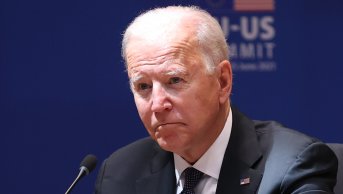 Gökhan Ereli | 25.08.2021
For a while, institutional and societal ties between Saudi Arabia and the United States have been strained. Although the U.S. heralds that it will... 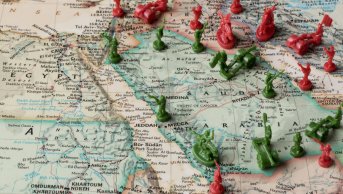 Gökhan Ereli | 03.05.2021
One of the most important items on the Middle East's agenda recently is the alleged talks between Saudi Arabia and Iran. Reportedly, Saudi and... 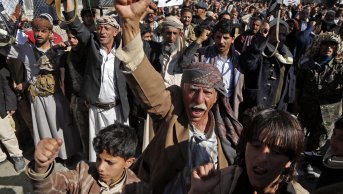 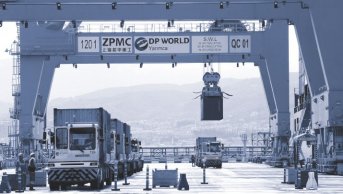