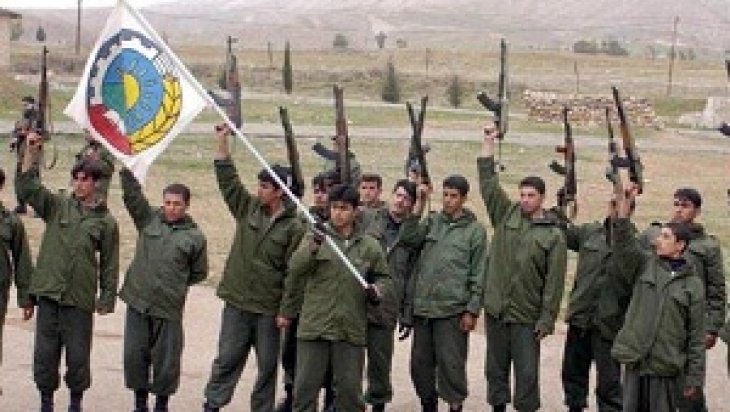 On December 20, 2016, 7 people were killed and 4 were injured in a twin bomb attack targeting Democratic Party of Iranian Kurdistan (PDK-I), in Koya (Koy Sanjaq), Erbil. These attacks, which have been common in Iraq, are different in terms of the location, the time and the target of the bombings. In his statement regarding the attack, Khalid Azizi, secretary general of PDK-I, held Iran directly responsible for the attack, which happened during the celebrations of the birthday of Abdul Rahman Ghassemlou, the founder of PDK-I who was assassinated in Viyana in 1989, along with the celebrations of “Shab-e Yalda” (Yalda night), the longest night celebrated every December 21 in Iran. Even though Azizi said that they wouldn’t respond to Iran the same way, it is possible to say that there will be repercussions of this attack in the medium and the long run. This is because PDK-I is known to have started reorganizing in Iran since 2015. There were even conflicts between the terrorist organization PKK and PDK-I, which had been trying to settle on Erbil-Sulaimaniyah line of Iran-Iraq border. PKK stated that it wouldn’t let PDK-I settle on Iran-Iraq border and through which, let PDK-I pass to Iran. In the light of these events Iran sent reinforcements to its military unit in Shino. And hence in August 2016, PDK-I broke the ceasefire unilaterally and carried out attacks targeting security forces in Iran. After PDK-I attacks, Iran started launching operations against PDK-I and intense conflicts took place between two sides. According to the media at that time, the news stated that USA and Saudi Arabia provided weaponry for PDK-I through KDP, under the leadership of Masoud Barzani.

All of these point the arrows to Iran, but there is no tangible proof regarding this attack. But considering the increasing Iranian influence in Iraq after ISIS, and generally in the region, Iran is trying to eliminate every element which it sees as a threat, diversifying and strengthening the tools and actors that would strengthen its hand. Iranian influence on Hashd al-Shaabi, consisting of Shiite groups, which appeared after ISIS, draws attention in that sense. Iran’s activity in Iraq and Syria shouldn’t be ignored, as well. Iran has a significant influence on Kurdish internal politics, on PUK (Patriotic Union of Kurdistan) and Gorran. Iran is trying to impose a security cordon by eliminating the threats outside its borders. Taking into account that PUK is active in Koya and Iran has influence on PUK, the possibility that Iran was responsible for the attack should be considered, even though Koya is located in Erbil.

In 1990s, camps were set up for PDK-I under the control of PUK in Koya and PDK-I members were placed here. As PDK-I continued its activities against Iran from Koya, in 1996 PUK let the Army of the Guardians of the Islamic Revolution intervene the camp in Koya and the camp was dissolved. But PDK-I has been reorganizing in recent years. So Iran may have attacked PDK-I in order to prevent it from getting out of Iraq and becoming strong again, just like what Iran did to People's Mujahedin of Iran. Azizi, PDK-I’s secretary general, is trying to protect his position while stating that they would not respond the same way and they do not want to destabilize.

Moreover, recently there has been an increase in PKK activities in Iraq. Controlling Sinjar during after-ISIS period, PKK has been active in Kirkuk and its surroundings with the support of PUK, using ISIS as an excuse. PKK is known to have increased its activities in Koya, where the attack targeting PDK-I has taken place. Considering the tension and clashes between PDK-I and PKK, PKK may have something to do with this attack, as well. Assuming PKK carried out this attack, there is a possibility of Iran-PUK-PKK relationship, when we consider PKK’s growing power in Iraq under the leadership of PUK, and Iran-PUK relations. At this point, even though Iran was not involved with this attack directly, it is in favor of Iran in eliminating the threat, as there is a PUK-PKK connection.

The ISIS threat in Iraq has not yet been eliminated, either. Mosul operation against ISIS is proceeding, but ISIS is still in control in the town of Hawijah located in the southwest of Kirkuk. ISIS is sometimes active in Kirkuk and its surroundings, as well. ISIS especially has a potential to conduct its activities in the town of Dibis, a part of Kirkuk province, located on Erbil-Kirkuk route.  ISIS may pass to Koya through Dibis, but it is not likely, because ISIS would try to expand its influence area, carrying out its activities in city centers like Erbil or Kirkuk, rather than taking a risk of in a small town like Koya. That is why ISIS has never conducted any activity against a specific target, unlike the one against PDK-I. Considering how Iran provides support for Iraqi Kurdistan Regional Government (KRG) and Hashd al-Shaabi against ISIS, it is possible to say that ISIS would not choose PDK-I as target in order to against to Iran.

It is also remarkable that the attack targeting PDK-I has been carried out around the time when KDP, under the leadership of Masoud Barzani, has been meeting PUK and other political parties in order to address the political problems in KRG. It can be inferred that, whoever is behind the attack, they have taken advantage of the instability in KRG and do not want coordination between Kurdish parties. As these attacks continue, KRG’s international reputation as the safest area in Iraq will be affected negatively, as well. It is interesting to see the headlines “Bomb attacks in Erbil” in international media, even though Koya is a district, located far from Erbil. If the security weakens in KRG, which already suffers from financial difficulties and unresolved political problems, the progress that KRG has demonstrated since 2003 may stop and may even decline. Therefore the group politics must be abandoned and holistic politics should be adopted by all sides in KRG for the sake of its development.