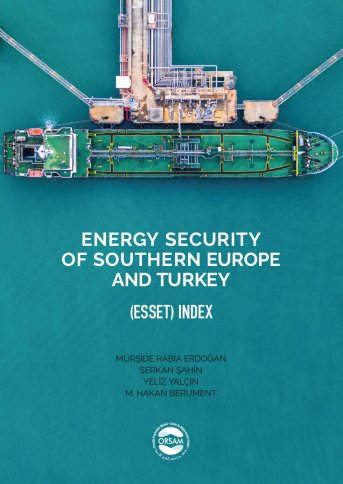 Turkey plays a vital role in the Energy Security of Southern European countries with its seaborne routes that energy cargoes pass through. Urals, Kazakh CPC, and Siberian Light crude oil blends are shipped from Russia’s Novorossiysk port, and cargoes of the Azeri Light crude oil blend are sent from Georgia’s Supsa Marine Terminal and Batumi port.  All these blends have to pass through the Turkish Straits to reach the Mediterranean coasts or European ports. Furthermore, the Azeri BTC and the Iraqi Kirkuk Oil are shipped from Turkey’s Ceyhan port to the rest of the world. This study aims to calculate an index for the Turkish ports’ and Turkish territorial waters’ contribution to the Mediterranean NATO countries’ energy security.

We constructed the Energy Security of Southern Europe and Turkey (ESSET) Index to quantify this claim. The index intends to capture the oil flows that use Turkish ports and Turkish territorial waters to reach the Mediterranean NATO countries. Since we assess the Turkish territorial waters’ importance on Mediterranean NATO countries’ crude oil flows, we included only the seaborne crude imports in the study. However, the crude oil trade also realizes through oil pipelines such as Druzhba Pipeline.  Thus, the pipeline trade is excluded from the study. In other words, the study focuses on crude oil flows from Ceyhan, Supsa Marine Terminal, Novorossiysk, and Batumi ports to five European NATO countries; Croatia, France, Greece, Italy, and Spain.