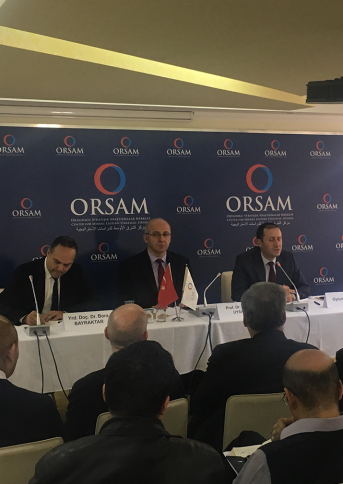 Turkey’s Afrin operation surprised many observers and has a potential to change the course of developments in Syria. It would change the balance of power in Northern Syria, it could also change the alliance system between Turkey, US, Russia, Iran. From the Turkish point of view, the Operation is launched to disperse PKK-PYD related terrorist armed militias that began to dominate its southern borders. Nevertheless, there is confusion in the world public opinion about Turkey’s real intentions and ultimate goals from Afrin Operation.

The ORSAM (The Center for Middle Eastern Studies in Ankara) organized a panel titled “The Afrin Operation and Turkey’s Syria Policy” on January 31, 2018 at ORSAM to discuss the nature of this operation as well as its possible effects on the situation in Syria and the relations and regional and global actors. The experts elaborated the curse of operation as well as Turkey’s Syria policy and its regional repercussions. Turkish officials and politicians, foreign diplomats and representatives of domestic and foreign media in Ankara participated in the ORSAM Panel which was moderated by ORSAM Director Prof. Dr. Ahmet Uysal. Asst. Prof. Bora Bayraktar from Istanbul Kültür University and ORSAM Researcher Oytun Orhan joined the panel as speakers.

The panel started with Prof. Dr. Ahmet Uysal's opening speech. He began his speech by talking about the goals that ORSAM would like to achieve in 2018 and the innovations considered to be made in its institutional structure. Uysal stated that ORSAM was to continue to pursue developments in the Middle East more actively, publish objective analyses and organize events in the forthcoming period. Following the opening statements, ORSAM Director said that Turkey's Afrin operation was a development with a potential to critically affect military and political developments in the north of Syria. Uysal, in the same breath, said that YPG, PKK’s branch in Syria, did want to form a Kurdish Baathist-style structure in Kurdish-dominated regions, did not represent a significant part of the Syrian Kurds, and the organization neutralized other Kurdish movements by intimidation. Following his opening speech, Uysal gave the floor to the first speaker Oytun Orhan.

Oytun Orhan organized his speech under four main headings. Orhan summarized the process leading to the Afrin operation, called Operation Olive Branch, under the first heading. He stated that the Afrin operation was mainly within the scope of the Euphrates Shield Operation; however, due to the US and Russian positions it was not canceled but postponed. Speaking of the fact that Turkish foreign policy decision-makers struggled to create favorable conditions to carry out the Afrin operation since then, Orhan added that Turkey developed its cooperation with Russia and hence it became possible for Turkey to receive some concessions from Russia unlike the US even though the Russian stand regarding the PYD did not fully satisfy Turkey. In this context, he argued that Turkey took advantage of its effectiveness in Idlib that is of great importance for Russia. Under the second heading, Orhan shared his thoughts about on what grounds the actors with influence over Afrin issue based their positions. Accordingly, he said, increasing pressure by Turkey and the Russian need for Turkey encouraged it to act in coordination with Turkey on Afrin. The reason why Iran and Syria did not object that much to the Afrin operation was that they expected an increasing Turkish pressure on Afrin to prompt YPG/PKK to ask for help from the regime. According to Oytun Orhan, the Syrian regime has been making plans to return to Afrin without making any effort. Orhan argued that Russia, Iran and Syria have not raised objections towards the operation with a view to teaching a lesson to YPG7PKK that have become extremely dependent on the United States. The main goal of Turkey, he said, is to put an end to the YPG/PKK’s field control in anywhere because there exists a risk that YPG/PKK attains political status where it has the control in the later stages. Besides, he also stated that the Afrin district is a transition zone for PKK attacks towards Hatay and the PKK has been trying to use Afrin as a source for collecting terrorists. By the very operation, the given risks are aimed to be eliminated, says Orhan. Under the third heading of his speech, Orhan evaluated the Afrin operation from an operational point of view. From this point of view, the operation, he says, is carried out in a slow and cautious manner. The factors that make the operation more difficult are listed as the number of YPG militants, obstacles created by winter conditions, advantages offered by Afrin’s mountainous characteristics for the defending side and the high tech weapons in the hands of YPG. At the end of his speech, Orhan shared his predictions of how the alliances could be shaped after the Afrin operation. Accordingly, he said that Russia and Iran would be more supportive towards Turkey’s fight against YPG/PKK upon YPG as the new targets would be the US-controlled territories. He also mentioned that the US and Turkey would go for a diplomacy option in order not to confront one another but he did put an emphasis on such a risk because of the difficulty to reach a common ground. He ended his speech by arguing that the YPG/PKK is also surprised by the fact that the US has not been able to protect it, but the organization will still continue to remain under US umbrella in the east of the Euphrates and may get closer to the regime for Afrin.

Bayraktar, who took the floor after Orhan, described the regional atmosphere that made the Afrin operation possible. In this respect, he explained what the actors that are influential in the Afrin issue such as the US, Russia, Iran and the Syrian regime are aiming for in Syria. Bayraktar stated that there is a mismatch between the objectives the US is eager to achieve in Syria and the means it uses. He added that the United States wants to balance Iran and however it has taken Turkey on though it is the only power to do it. Making a striking analogy, Bayraktar stated that the largest loss the US experienced in the Middle East came with the Islamic Revolution in Iran, and by this very development the US lost its closest ally in the Middle East; and in Syria, in case the US is to continue its alliance with the PKK, it is possible for it to lose Turkey as well.

The final part of the panel was the questions & answers section. In this part, ORSAM Director and the speakers answered several questions from participants such as "what is the underlying logic for the US to maintain its alliance with YPG/PKK despite Turkey's offer to cooperate in the fight against Daesh”, “what kind of civil order Turkey plans to build with which actors after the provision of military control in Afrin”, “of whom the FSA forces that are active in the Afrin operation are made up”, “whether or not Russia would change its attitude in the later stages of the Operation Olive Branch”. The ORSAM Panel came to an end with Ahmet Uysal’s wishes to meet again in future organizations. 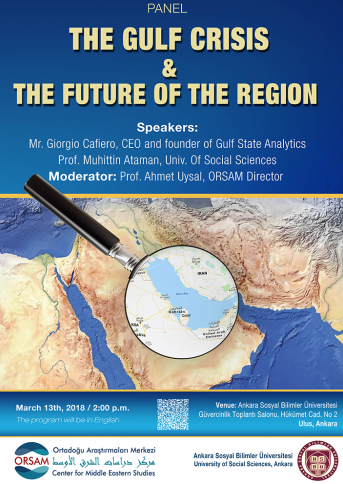 The Arab revolutions have significantly transformed political dynamics in the Middle East. The period following the revolutions witnessed an increasing polarization among various actors in the region. The resillience of the counter-revolutionary... 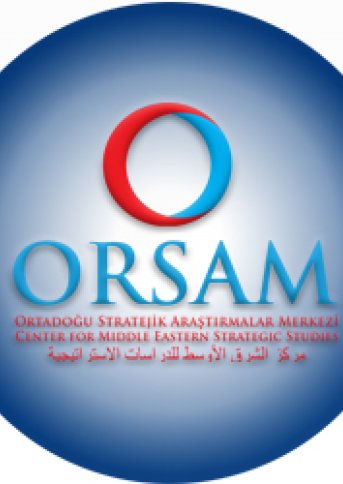 A workshop on "Sunnis' Conditions in Iraq and the Future of Mosul and Kirkuk" was held in Ankara on 26 October 2017, under the cooperation of ORSAM and Muttahidoon. Iraqi politicians, academicians and specialists coming to Turkey...