The Implications of the ISIS’s Kirkuk Offensive 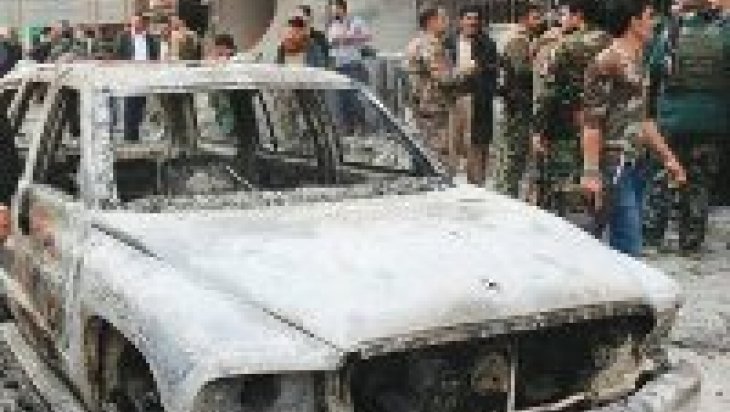 The Kirkuk offensive of the Islamic State of Iraq and Syria (ISIS), which started on 29 January 2015 and continued on 30 January, has been a clear indication that the ISIS is able to carry out surprise attacks even though it retreats with a defensive posture in the vicinity of Mosul, Tiqrit, Diyala and al-Anbar. For the last several months, even though the “voluntary forces” called Hashti Shaabi have made some gains with the support of the Iraqi security forces and the Pashmarga, they were unable to advance in the vicinity of Kirkuk. As it is well known, the ISIS attacked Kirkuk after Mosul and captured the southern and southwestern districts and villages that are populated by Sunni Arabs. Before the capture of Mosul, the Hawija district of Kirkuk was already under the ISIS control and now some districts and villages between Hawija and Kirkuk such as Abbasiyah, Zap and Riyaz have completely fallen under the ISIS rule. The Turkmen village of Beshir in the South of Kirkuk is controlled by the ISIS and other Turkmen settlements such as Taze Khurmato and Daquq have become the main battlefield. The ISIS has moved to the vicinity of Mulla Abdulla, which is 8-10 km from Kirkuk and on the Kirkuk-Tiqrit highway, and directed attacks towards Kirkuk city center, albeit without any success. As of the current situation, the ISIS controls the one-third of the province of Kirkuk and the frontline extends from the south to the northwest of Kirkuk, ranging 12-15 kms from the city center. This frontline is valid as of today. The ISIS militants, benefiting from the fact that the drones are unable to operate in the foggy weather, started an assault towards the Kirkuk city center and captured the villages of Mulla Abdulla, Mektep Halit, Meryembeg and Tel El Verd after a sudden breakthrough. Having activated its sleeper cells within Kirkuk, the ISIS attacked Kasr Kirkuk (Kirkuk Palace) Hotel near the Kirkuk Security Directorate and with a vehicle carrying explosives and stormed the building. ISIS snipers opened fire at the Kirkuk Security Directorate from their positions in the hotel. At the same time, a vehicle laden with explosives attacked the Azadi Police Station in the Musalla neighborhood. A curfew was declared and the city delved into a great deal of uneasiness. Kirkuk Emergency Response Police ended the firefight in the hotel by killing the terrorists and the Pashmarga and the police recaptured the villages of Mulla Abdulla, Mektep Halit, Meyrembeg and Tel EL Verd. With the fog dispersed, the drone operations contributed a great deal to the fight.

Even though the danger has been averted for the moment, it is an indication that the ISIS may once again move towards Kirkuk. The most important instrument for terrorist groups is its perpetuity in movement and action. The ISIS, who lost ground in Mosul, Tiqrit, Diyala and Baghdad, seeks to ensure its continuity through attacking a strategic region such as Kirkuk, while at the same time forcing its opponents to divide their strength in various fronts. Therefore, it gains valuable time and opportunity to regroup in the areas that it has been losing. Besides, looking at the details of the ISIS’s Kirkuk offensive, it is clear that it has been preplanned and premeditated. After the fog had gotten thicker, the ISIS militants burned rubber tires and oil tankers in the vicinity of the clash zones and activated the sleeper cells within Kirkuk. ISIS flags have been raised in the Al Wasiti neighborhood of Kirkuk, in which many operations have been held. The ISIS sought to divide its enemies’ power in Kirkuk by attacking simultaneously in both the surroundings and the center of the city. However, the security forces quickly restored order in the city center and therefore were able to focus on the fight in the city periphery and recaptured the outlying villages. Besides, Pashmarga forces have been deployed from Suleymaniyah and Chamchamal in order to reinforce Kirkuk. A detachment of 500 militias from the Hashti Shaabi volunteer force was also deployed to the village of Mulla Abdulla after the Ministry of Interior, Ministry of Defence and the Pashmarga officials reached an agreement in Baghdad. However, the ISIS threat to Kirkuk has not been completely eliminated.

The ISIS’s Kirkuk offensive has put forward several facts. Even though it has been battered, the ISIS maintains its offensive power. It is crucial to provide security in the areas captured from the ISIS and prevent it to capture those places once again. For this reason, it is vital to ensure the continuity and perpetuity of the operations against the ISIS. It is clearly seen that neither the Pashmarga nor the Iraqi security forces nor the militias are able to fight the ISIS one on one. Therefore, it is needed to overcome the political disagreements and maintain a united front against the ISIS. Moreover, the aerial operations against the ISIS are not sufficient on their own. Land operations need to be stronger and more effective. Severing its local support is critical in the fight against the ISIS. The ISIS has a strong potential for carrying out suicide attacks, especially in Kirkuk, where different groups live together. As it is forced to retreat, it will carry out suicide attacks in order to maintain its actions and strengthen its propaganda in cities such as Kirkuk, Arbil and Baghdad. However, unilateral actions in the disputed regions such as Kirkuk must be prevented. Unarmed groups, such as the Turkmens, must be protected. Even though the ISIS is a common enemy, political calculations for the post-ISIS period have become an integral part of the fight against the ISIS. If Kirkuk, as a disputed region, will be subjected to a “fait accompli” under the pretext of the fight against the ISIS, there will be further causes for conflicts in different platforms. For this reason, efforts for political reconciliation and collaboration must go alongside with the fight against the ISIS.