Where to in Turkey-Iraq Relations? 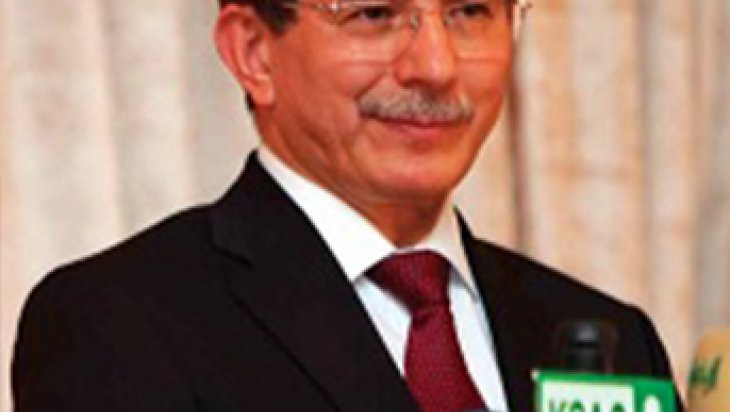 It appears that Turkish Prime Minister Binali Yıldırım’s choice of Iraq for the first official visit of 2017 will start a new phase in Turkey-Iraq relations. Signs of this new phase were noticeable in the exchange of statements of goodwill prior to Yıldırım’s visit and following President Erdoğan’s phone call with the Iraqi Prime Minister Haydar al-Abadi. During the weekly press conference he gave prior to Yıldırım’s visit, Haydar al-Abadi’s acknowledgment of strengthening bilateral relations and increasing reciprocal visits as falling within the meeting’s scope indicated that diplomatic relations between the two countries would continue. Further, al-Abadi had remarked that they would not allow PKK to use Iraqi soil to threaten Turkey and that PKK should leave Iraq. This remark of al-Abadi was extremely important in the sense that it articulated Iraq’s recognition of Turkey’s sensitivities and receptivity to cooperation. But how did the tense political environment of the Bashika crisis in which Iraq viewed Turkey’s military presence in Bashika as a war crime give way, in such short span of time, to a period of softened relations? To answer this question, it will be helpful to look at the history of bilateral relations between the two countries, the course of the Turkish foreign policy, and the recent developments taking place in the Middle East.

As is well known, with the Turkish parliament’s failure to approve a government motion to permit U.S. deployment in Turkey on March 1, Turkey’s presence in Iraq after the U.S. invasion remained limited, and Turkey-Iraq relations followed a low course. However, with the need for Turkey’s assistance in the reintegration of Sunnis into the political process, and other regional developments, Turkey again became a part of the equation. During this period, Turkey improved relations primarily with the federal government of Iraq due to the resurgence of PKK terrorist attacks which received extensive logistic support from Northern Iraq (a region used by the organization as a military base) and the Kurdish Regional Government’s conflicting position with Turkey concerning Turkey’s Iraq policy. In 2008, Turkey-Iraq relations peaked with the establishment of the High Level Strategic Cooperation Council and the signing of forty eight memoranda of understanding in the summer of 2009 on different fields ranging from security to energy, education to transportation, and public works to health. However, after the beginning of a new election process in Iraq in 2010, the emergence of al-Iraqiya Alliance, led by Iyad Allavi and formed by the congregation of groups having close ties with Turkey, as the winning party in the 7 March 2010 elections was disturbing news for Nouri al-Maliki, who wanted to secure second term as prime minister. The deteriorating relations after the reelection of Nouri al-Maliki as prime minister by the Shia-dominated National Iraqi Allegiance became even more tense in 2011, following Turkey and Iraq’s different positioning in Syria. In this period, Turkey established good relations with the Iraqi Kurdistan Regional Governmen (KRG)t, and grounded its foreign policy primarily on economy and security.  Again in this period, relations with Iraq almost reached a breaking point because of the energy and trade agreements made with the KRG. Although new hopes for recovery of relations with the Iraqi Central Government arose after the 2014 elections in which Nouri al-Maliki stepped aside and Haydar al-Abadi became the new head of government, the emergence of ISIS in Iraq hindered reduction of tensions in bilateral relations.  These tensions became even more acute with the Bashika crisis, and brought about the risk of a military confrontation between Turkey and Iraq. Besides, Turkish military presence along the Iraqi border prior to Iraq’s Mosul operation was perceived by Iraq as a threat. However, immediately after the operation began, Turkey’s communication of its position by means of a visit made by a delegation led by Foreign Ministry Undersecretary Umit Yalcin helped alleviate tensions. In fact, thanks to this visit, two countries managed to approach a solution on the Bashika crisis, and the experience in Mosul operation manifested Iraq’s consideration of Turkish sensitivities. When details are considered, it becomes evident that the general dynamics of Turkish foreign policy and the regional political equation in the Syrian issue played a crucial part.

Normalization in Turkish Foreign Policy, The Middle East Dynamics and Iraq
The stabilizing tendency in Turkey’s relations with Iraq seems to be related to the change in Turkey’s foreign policy concept. Turkey’s simultaneous peace attempts with Russia, with whom a diplomatic crisis has been going on for seven months, and with Israel, with whom diplomatic relations has been suspended for nearly a year, came forth as signals of change in its foreign policy. President Recep Tayyip Erdoğan and Prime Minister Binali Yıldırım’s description of these developments as “normalization in foreign policy” and “policy of maximizing friends, minimizing enemies” signalled that this transformation in Turkish foreign policy would reverberate in other problematic states and regions. Turkey’s stabilization of bilateral relations with Russia and its cooperation attempts in Syria helped strengthen Turkey’s hand in Middle Eastern politics. In fact, the evacuation process in Aleppo and afterwards the reaching of an agreement between Russia, Iran and Turkey in Moscow opened for Turkey new spheres of political influence. This situation seems to have had direct effects on Turkey-Iraq relations. Nevertheless, it is true that, in the post-ISIS period, Iran intensified its influence on Iraq through Shia militia forces. On the other hand, it is known that Russia, Iran, Syria and Iraq established a center for joint operation for combating terrorism in Baghdad in the summer of 2016. Considering the fact that Russia and Iran operate as major actors in Iraq, it is plausible to say that Turkey’s reconciliation with Russia and Iran also manifested itself in Iraq.  Also, the part played by the attitude of the U.S. in the reconciliation of Turkey and Iraq must be given its proper due. With regard to Mosul operation, the initiative taken by the U.S. was a particularly significant step. The U.S.’ contribution to the convergence between Arbil and Baghdad and their joint operations in Mosul, the exclusion of al-Hashd al-Shaabi and the militia forces from operations targeting city centers, and finally its mediator role in the Bashika crisis were some of the most important factors helping Turkey and Iraq find a middle ground. Besides, developments in Iraq also brought into view Iraq’s need for Turkey’s assistance, particularly in the post-ISIS period. In addition to the necessity of joint action against terrorism, it seems Iraq has come to recognize the important role Turkey can play in projects such as the establishment of social and political stability in the post-ISIS era, the reintegration of Sunnis to the political process, the rehabilitation of regions taken back from ISIS, and the Syrian refugee problem. Ultimately, domestic and foreign policy developments taking place both in Iraq and Turkey seem to have resulted in the convergence of the two countries. With the reactivation of the High Level Strategic Cooperation Council, and the simultaneous initiatives aiming at cooperation in different fields, it seems the momentum of improved ties between Turkey and Iraq will remain on the increase. However, bearing in mind Turkey’s balancing factor, it is possible to say that Turkey will consider Arbil and Baghdad not as alternatives to one another but as complementing each other. Binali Yıldırım’s upcoming visits to Arbil and Baghdad are the most significant indicators of this.