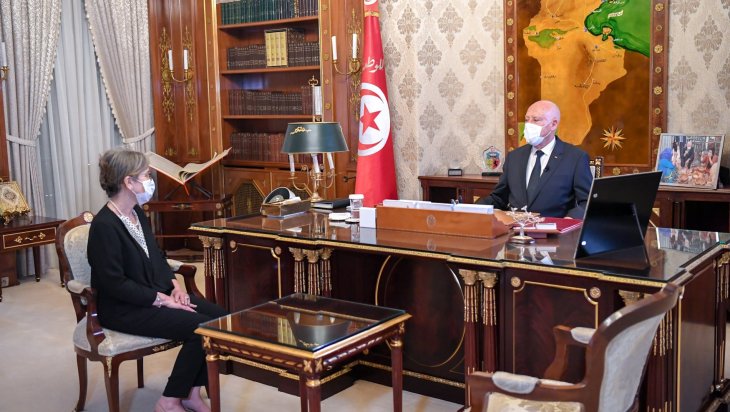 Tunisian President Kais Saied took an important step towards overcoming the political crisis triggered by the decisions he took two months ago and appointed Najla Bouden Romdhane as prime minister to form the government. However, it is debatable whether this decision by Saied, who is accused by his opponents in the country of having led a political coup d’état, will help solve the problems. Although Najla Bouden Romdhane will take on a historic task as the first female prime minister in the Arab world, the lack of her political experience means that the current problems of Tunisia, which is going through a severe political, social and economic crisis, will continue for a while.

There are serious concerns about the President’s efforts to hold the reins of power and, consequently, about the compensation for the losses suffered in the democratic sphere. As a matter of fact, President Saied, who had frozen the work of the Parliament and dismissed the Prime Minister on 25 July, did not back down from these decisions and even issued new decrees on 22 September to enhance his authority. In this context, on the one hand, special arrangements were made for the legislative and executive powers of the president, and on the other hand, the temporary commission for monitoring the constitutionality of legislative proposals was dissolved, clearly contradicting the principle of separation of powers. Among the decisions taken by Saied is a decree authorising the president to issue “legislative texts” after receiving the opinion of the council of ministers. As per the decree in question, the president appoints the prime minister, determines the members of the cabinet and the government’s policies and decisions, and these authorities are no longer answerable to the parliament but to the president. The president was also given the power to put any presidential decision to a public vote. It seems that all these developments will end up permanently disrupting the democratisation process whose progress can be described as “one step forward, two steps back” since 2011 in Tunisia, the country where the Arab revolutions began.

Expectations of political parties to play a role in the new era
Indeed, Saied’s decisions raise the ire of almost all sections of the country’s population. Various sections of society, such as the Tunisian General Labour Union (UGTT), the Democratic Current with centre-left and social-democratic tendencies, the secular Afek Tounes, Ettakatol (Democratic Forum for Labour and Liberties), the Republican Party, the left-wing Workers’ Party, and in particular the Ennahda Movement, one of the most extensive civil and political movements in the country, clearly reacted against the decisions taken by Saied on 22 September. Even Abir Moussi, the leader of the Free Destourian Party, who had supported Kais Saied’s decisions, which were described as a constitutional coup, reacted to these decrees by saying that they “cause an autocratic rule to take root and axe the concept of the republic”. The groups reacting to Saied’s decisions called on Saied to restore democratic institutions, saying that the loss of democratic gains would drive the country into instability.

However, it is unclear to what extent these reactions are reflected at the grassroots or adopted by these groups and parties. In fact, mass demonstrations were called for several times during this process, but they did not trigger widespread protests. On 18 September, thousands of demonstrators gathered in the capital Tunis, with participation falling short of expectations, while on 25 September, only hundreds of people in the city of Sfax called on Saied to reverse his decisions. Although dissident voices were raised against Saied’s decisions from almost all groups in the country, it is worth noting that participation in the protests was low.

One of the reasons behind this was that some actors ideologically close to President Saied did not encourage their own political circles to really react to these processes and decisions. The reason for this is the possibility that Saied would try a new policy of alliance with actors ideologically close to him after a consolidation in the government. These actors are reacting to Saied only in discourse, but are reluctant to bring the issue to the level of action because they do not want to be excluded from possibly becoming political actors in the coming period.

Internal party splits and resignations in Ennahda
Another impact of President Saied’s decisions on the country’s domestic politics was the emergence of divisions within certain political groups. This was particularly evident in the Ennahda Movement. Following the promulgation of the decrees extending Kais Saied’s powers, a crisis of resignation erupted in the Ennahda Movement on 25 September, fearing that this would lead to a split in the Movement. 113 members of the Ennahda Movement, including prominent political figures such as Mohamed Ben Salem, Minister of Agriculture from 2011 to 2014, Samir Dilou, Minister of Human Rights in the 2011 Government and a key player in the Ennahda Movement, as well as several other MPs and former ministers, have declared their departure from the Movement, a process in which Abd al-Latif al-Makki, former Minister of Health, played an effective role. The statement cited the Ennahda administration’s wrong political preferences, the Movement’s exclusion from political processes and its failure to form a united front against the decisions of 22 September as reasons for the resignation.

In the background of the developments within the Ennahda Movement, however, is the questioning of the decisions of its ageing leader, Rached Ghannouchi. On the one hand, past decisions of the Movement are being questioned. Concerns are being voiced about the future of the Movement, which has taken various political initiatives since 2011, but failed to achieve clear results. This led some members of the Movement to strike new paths, while observers noted that they were also in favour of a possible compromise with Kais Saied.

The political system is being redesigned
The extension of Kais Saied’s powers on 22 September, following the decisions of 25 July, shows that the goal of amending the constitution and thus transitioning to a presidential system is being implemented step by step. Said tries to maintain his legitimacy by portraying the political parties in parliament as the cause of instability and problems in the country. This rhetoric of Saied’s administration, which links the political crisis in the country to party conflicts, was also voiced by Tunisian Foreign Minister Othman Jerandi at the General Assembly of the United Nations (UN). In his speech, Jerandi said his country was determined to move towards “true democracy” and to meet the expectations of the people. Furthermore, Jerandi claimed that President Saied had frozen the political processes in Tunisia by recently suspending the parliament and dismissing the prime minister in order to lead the country “on the right path, towards democracy”. These statements by Jerandi, according to which Saied was forced to take action because of the political dispute between rival parties and the economic turmoil Tunisia has been suffering for years, can be interpreted as an attempt to legitimise the Said administration’s decisions, which are described as a political coup.

President Saied’s uncompromising and persistent stance continues to seriously damage the political and social atmosphere of the country. This leads, on the one hand, to tensions within the political scene and, on the other hand, to further uncertainty in the fragile economic structure. Despite the reaction of so many different political sections to the decisions of 22 September in the country, the lack of a mobilised mass social movement and the silence of the majority of the population facilitate the work of the Saied administration. The divisions in Ennahda, the most powerful political actor in the country, the failure of political parties to reconcile and the lack of a mass response from the public, which has lost its expectations of politics, are enabling the systemic change planned by Kais Saied’s administration. Saied’s decisions, however, seem far from offering a way out and have therefore deepened instability, losing his political supporters and thus cornering the presidency. The appointment of Najla Bouden Romdhane as prime minister by Kais Saied can also be seen in this context. On the other hand, President Saied is expected to issue new decrees to redesign the political system in the near future. 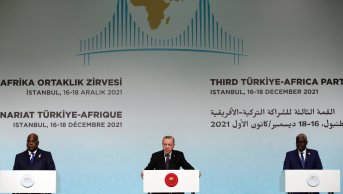 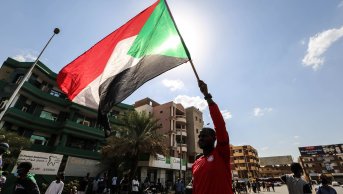 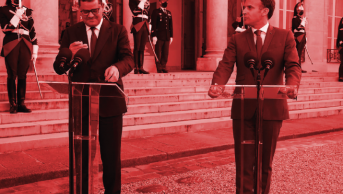 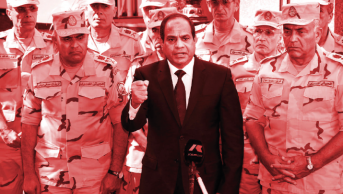 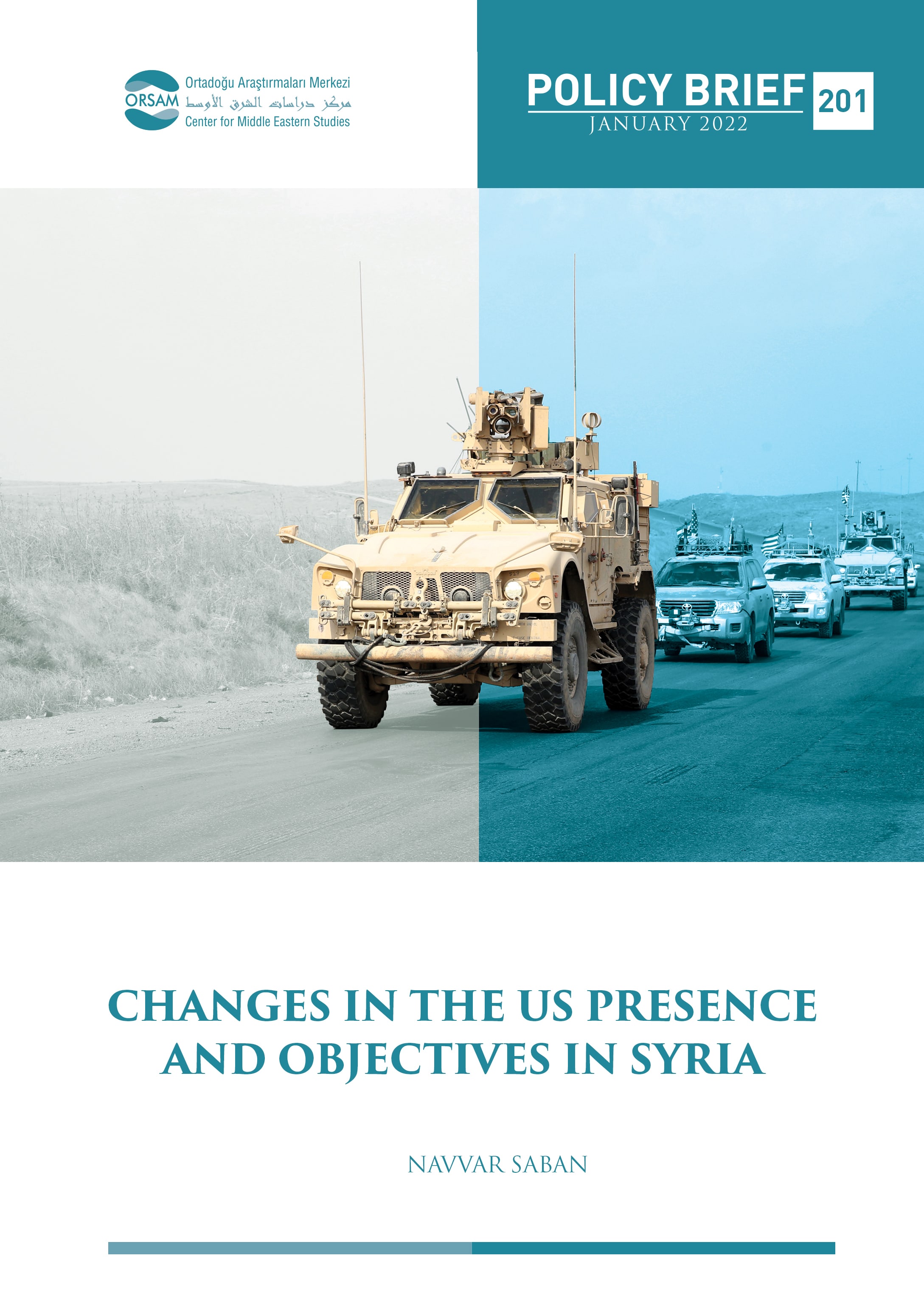