Aleppo as the New Flashpoint of the Iran-Israel Tensions 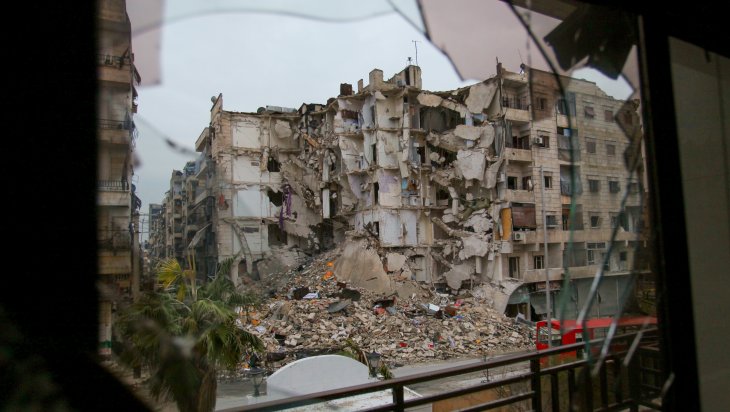 While the epicenter of the ongoing tension between Israel and Iran has been Palestine and Lebanon for many years, the beginning of the Syrian civil war has created a new flashpoint between the parties. While Israel followed a neutral policy in the Syrian civil war, it did not hesitate to initiate military engagements in Syria for pursuing its own regional interests. Although Iran officially claims that it does not have a military presence in Syria, it has succeeded in penetrating almost the entire Syrian territory through its militia. Not satisfied with the current situation, Iran actively participates in the reconstruction process of the country in order to have a permanent presence in Syria and makes important investments, especially in sectors such as energy and real estate. Since Syria's southern provinces such as Daraa, Suwayda and Quneitra are exposed to intense air operations by Israel, Iran refrains from making direct investments in areas such as the south of Damascus in this region or close to this region. Although Iran is interested in real estate purchases around the Tomb of Sayyidah Zainab, which is a religious tourism center in the south of Damascus, it makes its main investments in the northern provinces. Particularly Aleppo is a center where the Iranian presence is very strong militarily and administratively, and in this context, receives intensive infrastructure and superstructure investments. While Iran's increasing presence in Aleppo is closely followed by the actors involved in the civil war, Israel started to show its discomfort with the presence of Iran by making concrete moves. The shooting down of Aleppo International Airport by the Israeli Air Force on August 31 and September 6, 2022 reflects the discomfort felt by the Iranian presence in the region. The motivations behind these operations may carry the Israeli-Iranian tension in Syria from the southern provinces to Aleppo and surrounding provinces in the future.

Although the level of fighting in Syria has decreased considerably compared to the first years of the civil war, these clashes occasionally occur in northern Syria. In other words, the north of Hama, west of Aleppo, and Idlib are regions where instability is more common than in other parts of Syria. The Iranian-backed militias, which have built their presence in Syria on the conflict, have made this region an important foothold. While many global, regional, or local actors involved in the civil war are willing to take initiatives for a political solution, it is observed that Iran has a different tendency. The Tehran administration, which advocates a political solution on the basis of discourse, strengthens the militia forces in Syria with new reinforcements. At this point, Aleppo has come to be the province that Iran gives the most weight to. The control of the administrative and economic structures in Aleppo by Iranian-backed militias has brought about an increase in Iranian investments in this region. The fact that Aleppo is also close to other fighting areas has increased the importance of the province even more. While the east of Aleppo is mainly an important investment center, the west serves as a base for the dispatch of militia forces to areas of fighting. The Iranian presence in Aleppo is not limited to administrative, economic, and military aspects, but a sectarian policy is being implemented over the Shiite towns in the north of Aleppo, such as Nubl and Zahra. It should be noted that at the core of Tehran's policies in Aleppo, there is an effort to bring  about demographic change in favor of Iran’s long-term strategic interests. In other words, the presence and practices of the Iranian-backed militias in Aleppo are a miniature of the Tehran administration's overall Syria strategy.

The target of the increasing Israeli operations in and around Aleppo is the supply chain created by Iran through the airline and the weapons production centers in the region. The consecutive attacks on Aleppo International Airport within a week are aimed at breaking that supply chain. Iran has recently started to ship the necessary weapons and ammunition for the militia forces in the region via Aleppo International Airport. In the reconstruction of Aleppo, the control of the airport was largely under the control of Iran and Iran turned it into a kind of supply base. Thanks to the airport’s large capacity, the shipments received are not only for the needs in Syria, but also for the Lebanese Hezbollah. Hezbollah, which has a presence in and around Aleppo, transports weapons and ammunition from Iran by air to Lebanon by road. Considering the disagreements between Lebanon and Israel over the gas fields in the Eastern Mediterranean, and Hezbollah's threatening statements against Israel, the operations at Aleppo International Airport are also related to Israel's interests in the Eastern Mediterranean. One could argue that there were similar motivations for the operations to Damascus International Airport in August 2022. Another important reason for the Israeli operations in and around Aleppo is the destruction of Iran's weapons production facilities in these regions. In fact, the weapons produced here can directly threaten Israel through Hezbollah. In addition, the production of defense industry materials that will meet the needs of the Iranian-backed militias are produced in Syria is a kind of assurance that the Iranian presence will remain in Syria for many years to come. Therefore, Israel, which perceives Iran's presence in Syria as a threat in the short and long term, targets Iran's weapons production capacity with its air operations. The scientific research center in Masyaf, which was previously operated by Israel in 2017, was repaired by Iran and prepared for weapons production. Israel started to attack the research center since strategically important weapons are being produced there. Although some production facilities of the center were targeted with the Israeli operation in December 2020, many facilities of the center were rendered dysfunctional with the operation carried out on April 9, 2022. Israeli Defense Minister Benny Gantz, in a statement on September 12, drew attention to this center and said that Iran has transformed the research center "Centre D'Etudes et de Recherches Scientifiques (CERS)", a state institution in Syria, and used it for strategic weapons and missile production. CERS stands out as one of the most classified state institutions in Syria. The center of CERS, which was the most equipped scientific research center in the country, was in Safira region in Aleppo before the civil war, but the center moved to Masyaf region in Hama as the opposition started to grow. After the central buildings in Aleppo were evacuated, they were destroyed by the Syrian Army so that strategic information would not fall into the hands of other countries. Iran's control over such an important center and the production of weapons to feed the militia assets in the region shows that the Iranian presence in Syria extends to scientific research centers. The Israeli Defense Minister stated that they destroyed more than 10 facilities producing weapons for Iran, such as the facilities in Masyaf. Therefore, Israel is trying to prevent Iran from establishing a self-sufficient defense industry ecosystem for its militias in the region.

When Israel's Tartus operations on July 2 and August 14 are taken into account, it is seen that Iran’s facilities and arsenals producing for the needs in Syria and Hezbollah were bombed. Therefore, for Israel, almost every region of Syria has turned into a field of struggle against the Iranian presence. Iran's strategy of escalating tensions in the provinces bordering Israel and investing in the northern provinces out of sight has thus begun to fail. It is possible to say that Israel will continue such operations in order to cut off the flow of arms and ammunition to Hezbollah, especially until the maritime border conflict with Lebanon is resolved. In this case, Aleppo and its surroundings may cease to be a safe zone for Iran. Iran may retaliate against this strategy of Israel by increasing tensions in the border provinces. It is likely that Hezbollah will also try to draw Israel's attention from its production centers in northern Syria to Lebanon by making new moves on the disputed maritime border. 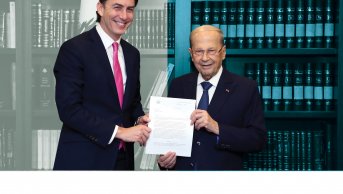 Hamza Haşıl | 01.11.2022
The Eastern Mediterranean, an extremely critical crossroads in terms of geopolitics, has been transformed into a new field of struggle with the... 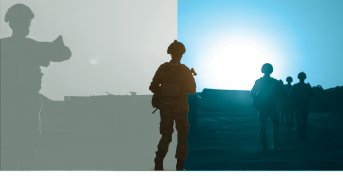 Hamza Haşıl | 06.09.2022
Syria, as one of the focal points of Iran's foreign policy, is of critical importance for Tehran's regional engagements. Considering its... 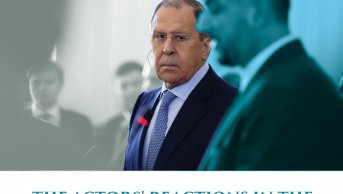 Hamza Haşıl | 01.07.2022
Although the civil war in Syria has created regional and international effects, its greatest impact  is spreading out to neighboring countries.... 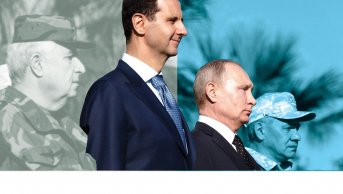 Hamza Haşıl | 24.06.2022
Russia's invasion of Ukraine has not only created effects in the context of Eastern Europe or NATO-Russia relations, but also has consequences in...