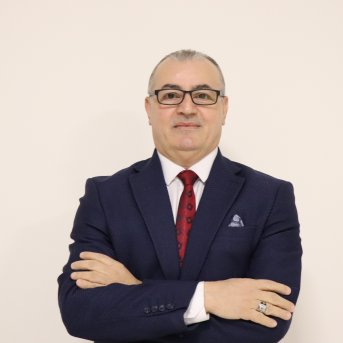 Being a researcher, lecturer, journalist, poet, and writer, Şemsettin Küzeci was born in Kirkuk in 1965. He graduated from Mosul University in 1989. He did his military service in Iraq during the Gulf War (1989-1991). He worked as a high school teacher in Kirkuk for 5 years between 1992 and 1996. He prepared and presented youth and sports programs on Kirkuk TV and Baghdad Turkmen radio (1992-1995). He published his articles in the Yurt daily and the journals of Kardeşlik and Birlik Sesi published in Turkish in Baghdad. He was arrested by the Iraqi regime in 1993. He was released after three months in Tikrit, Iraq. Leaving Iraq for political reasons, he settled in Turkey in 1996. In 1999, he worked as the Director General of Press and Information in the Iraqi Turkmen Front representative in Turkey (1999-2003). He also served daily as the representative of the newspaper, Kirkuk, in Turkey, and as a TV reporter, programmer and news director (2005-2009) with the Turkmeneli channel. He successfully obtained his master’s degree from the Gazi University, Faculty of Communication, Radio TV and Cinema in 2008. His master’s was on the press history of Iraq and he pursued his doctoral research on “Iraqi Televisions” at the Hague University in the Netherlands in 2010. He is currently the press and culture manager at the Cultural Center of the Turkmeneli Foundation (2009-2019). He is still the newspaper editor and Turkey representative with Kirkuk Daily, and works as media and Turkmen studies expert at the Center for Middle Eastern Studies (ORSAM) since 2019.

Şemsettin Küzeci has represented Iraqi Turks in a number of international conferences, congresses, symposiums and meetings in Turkey, the Turkic world and across the World. He received nearly 300 service and recognition awards, certificates of honor, and plaques. In 2006, due to his scientific and literary research on Iraq, Azerbaijan and Turkey, he was given a title of honorary PhD by the VEKTOR International Science Center in Azerbaijan. Some of his 51 published Works are: Kirkuk genocides, Massacres against Turks in the Middle East, Poets of Kirkuk, Iraqi press history, Turkmeneli literature, Kirkuk inside us, the Poet of Kirkuk, Mehmet Izzet Hattat, the Legendary Voice of Kirkuk, Abdulvahit Küzeci, and Nawruz Flowers. Being the founder and manager of many CSOs in Turkey and the Turkic World, Küzeci has numerous academic articles and scientific studies published in newspapers and magazines in Turkey, Iraq and Azerbaijan.