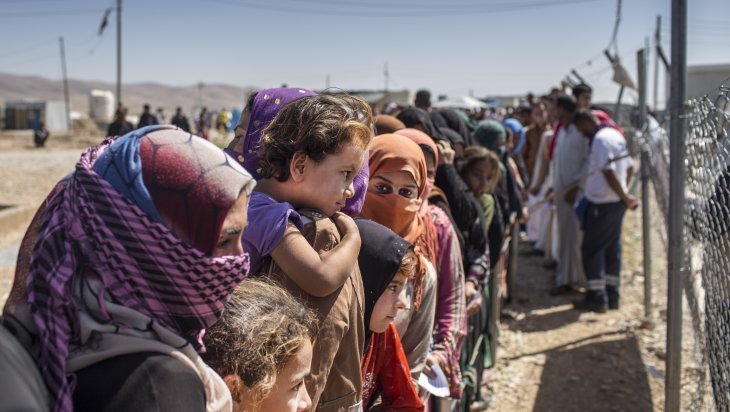 The diversity and competition as well as cooperation among various Kurdish actors in the Middle East, and their relations with third parties, have not only an impact on the regional situation but also broader implications for the great-power competition among the United States, Russia, and China. Kurds are spread across Iran, Iraq, Syria, and Turkey, with Kurdish actors engaged in political and armed activities in all four countries.

The Kurdistan Workers Party (PKK)—which is designated as a terrorist organization by the United States, the United Kingdom, and Turkey—has been waging a separatist campaign against Turkey since the early 1980s. The Kurdistan Democratic Party (KDP) and the Patriotic Union of Kurdistan (PUK) are respectively the largest and second-largest political parties in the Kurdistan Regional Government in northern Iraq, and they have gained regional and international legitimacy. The Democratic Union Party (PYD)—which Turkey considers as the Syrian offshoot of the PKK—and its People’s Protection Units (YPG) armed wing have made significant gains during the Syrian civil war in cooperation with the United States and Russia as part of the campaign against ISIS. The Kurdistan Free Life Party (PJAK) is the PKK’s affiliate in Iran and is kept in check by Tehran. While the KDP also has affiliates in Syria that have been suppressed by the PYD and to a large extent pushed into Iraq, the PKK seeks to strengthen its power in the KDP-dominated areas of Iraq’s autonomous Kurdistan Region.

The relationship among these various Kurdish actors can be characterized as competitive cooperation, but at times it extends to armed confrontation. They all have fluid relations with regional actors including the Gulf countries, Iran, Iraq, Israel, Syria, and Turkey—as well as with extra-regional actors such as EU member states, Russia, the United States, and increasingly China.

The positions of the Kurdish groups in Iraq and Syria are significant factors in regional developments. The ongoing tensions and ambitions of external as well as regional actors could turn these groups into a key factor for stability or instability, depending on how things evolve.

The maneuvers of the PKK and how other groups have reacted to them have played an important role in Iraq and Syria during the last five years. More recently, the friction between the PKK and the KDP, Turkey’s strikes against the PKK in northern Iraq, and the mounting tension over who will control the town of Sinjar demonstrate the critical role Kurds play in the region. Sinjar is important because of two reasons. First, it is on the line from the Qandil Mountains in Iraq, where the PKK is based, to Qamishli in northern Syria, which is controlled by the PYD. Second, after ISIS was ousted from Sinjar in November 2015, the PKK used the opportunity to gain control of the area and replicate there the cantonal structures it has created in Syria.

Last October, a deal for the “withdrawal of foreign forces” in Sinjar was signed between the federal government of Iraq and the Kurdistan Regional Government under the auspices of the United Nations. The deal—which is supported by the United States, the United Kingdom, Germany, and Turkey—made the long-standing tension between the PKK and the KDP in the autonomous Kurdistan Region more visible. The two groups compete for power in the same socio/geopolitical areas in northern Iraq—particularly in Dohuk, Erbil, and their surroundings. These are important because they are at a crossing point between Turkey and Iraq, and the four decades of conflict with the PKK has made Ankara an inevitable party to this competition. For example, the PKK attempts to trample on the KDP not least because the latter has good relations with Turkey.

The conflicting nature of the relations between the KDP and the PUK is one of the main dynamics in the Kurdistan Region. In April 2020 the PUK moved closer to the Baghdad government and initiated efforts toward a transition to a decentralized system in the Kurdistan Region, which would provide self-governance for the PUK-controlled Sulaymaniyah governorate. This has alarmed the KDP, which supports the centralized structure. A proposal on decentralization of the Kurdistan Regional Government has been presented to the region’s Prime Ministry by delegates from the PUK and some smaller parties, but no decision has been made yet.

The PKK’s effectiveness in and around Sulaymaniyah cannot be underestimated as it benefits from the tension between the two parties, with the PUK more accommodating than the KDP towards it. The PKK, which controls more than 500 villages mostly in the KDP’s zone, is eager to weaken its power, and the PUK aims to instrumentalize the former to put pressure on the latter. The KDP finds itself in a Catch 22 situation: While Turkey pressures it to take a clearer position against the PKK, the PKK criticizes it for betraying Kurds through its cooperation with Ankara. In turn, the KDP criticizes the PKK for destabilizing the Kurdistan Region, arguing that Turkish incursions are a result of its activities.

Turkey has a very clear priority: eliminating the PKK from the Kurdistan Region. It has adopted a pro-status quo position out of concern with the gains the group has made by taking advantage of the friction between KDP and PUK. Ankara supports the territorial integrity of Iraq and political stability in the autonomous region, accordingly favoring a balance of power between the two parties.

The PUK’s recent rapprochement with the federal government of Iraq could lead to improving its relations with Turkey, which supports a strong central authority in Iraq. However, by strengthening the PUK against the KDP, this could distort the balance of power between them and lead to instability in the Kurdistan Region. In addition, drawing closer to the PUK would weaken Turkey’s relations with the KDP, which it does not want. Therefore, Turkey’s policy is to support the delicate balance between the two parties that restricts the KDP’s dominance in Kurdistan Regional Government, prevents the PUK from adopting policies that Turkey detests, and prevents the PKK from taking advantage of their competition.

Iran Favors a Divided Kurdistan Regional Government
Iran’s priorities and policies clash with those of Turkey. The Sulaymaniyah governorate has a long border with Iran and is the latter’s primary transit line to Kirkuk and Mosul. Iran seeks to ensure access to Syria by gaining influence and even control over this line. Hence the presence of Iran-backed militias within the Iraq’s Popular Mobilization Forces in Kirkuk and Mosul. It is not a coincidence that these militias reject the Sinjar deal. The PKK is also very uncomfortable with the deal, as its principal goal is removing not only the Iran-backed militias but also the PKK from the region.

Iran ignores the PKK’s activities in the Kurdistan Region as they stalemate the KDP, which has strong relations with Turkey. It benefits from the instability stemming from the PKK-KDP conflict and from the KDP-PUK competition. After the independence referendum in the Kurdistan Region in 2017, Iran-backed militias gained the most from the crisis between the KDP and PUK in Kirkuk, where the military forces of Kurdistan Regional Government, the Peshmerga, withdrew after Iraqi forces intervened. In addition, the new status quo resulting from Baghdad’s control over Kirkuk opens more space for Iran in Sinjar and access to Syria. Therefore, Turkey, which is on the opposite side from Iran in Syria, does not desire Tehran to benefit from this tension either in northern Iraq or in Syria. Despite them having a moderate level of bilateral relations, this case raises tension and rivalry between Turkey and Iran. As has been demonstrated in Syria, Iran’s policy of disrupting the regional equation could lead to a new confrontation with Turkey.

Is Decoupling the PYD from PKK the Next Plan?
The presence of the PKK in the Kurdistan Region has become a headache for the United States for a number of reasons. First, this weakens the stability of Kurdistan Regional Government and opens space for Iran. Moreover, the conflict between the KDP and the PKK negatively affects the U.S.-mediated unity talks between the PYD-Kurdish National Unity Parties (PYNK) and the KDP-supported Kurdish National Council (ENKS) in Syria. Following the start of negotiations on issues such as power sharing between two parties and the entry of the Syrian Roj Peshmergas under the command of the Kurdistan Regional Government in Syria, some parties within the ENKS started to open offices in the regions controlled by the PYD in the country. However, after the clashes between the PKK and the Peshmerga in Dohuk and along the border, some of these offices were raided by the PKK. In response, the KDP called on the United States to deploy troops on the border.

The emergence of discussions regarding the splitting of the YPG from the PKK and turning it into a Syrian organization is not a coincidence. Decoupling the PYD from PKK and limiting the PKK’s presence and influence in northern Iraq and Syria could be beneficial for the United States’ policy of working by, with, and through local Kurdish actors in northern Syria.

The United States seeks to make the Kurds a legitimate and significant actor in Syria’s future as they are in Iraq. In this context, President Joe Biden, who has good relations with Iraqi Kurds, is likely to adopt a clearer stance on the PKK’s actions than his predecessor and to support the normalization process between the KDP and the PUK more forcefully in order to prevent the PKK from taking advantage of tensions between the two parties.

This could help bridge the difference between Turkey and the United States regarding the PKK. However, U.S. support to the PYD will likely continue to cause friction between Ankara and Washington. On the other hand, Turkey’s operations against the PKK incur military and political costs. Moreover, these operations are positioning Ankara as an “interventionist” actor and erodes its image.

Iraq’s Sovereignty
Turkey’s anti-PKK operations inside Iraq have generally had a negative impact on its policy. Due lack of capacity, the government in Baghdad does not react to Turkish operations in the region. However, even though the PKK constitutes a threat to Iraq’s sovereignty, Baghdad’s risk perception is not the same as Ankara’s. As long as the PKK does not clash with the federal government, it is difficult for the latter to take an active stance.

Turkey’s overall policy towards the PKK is to reduce its effectiveness in Iraq and Syria as much as possible. During his last Iraq visit, Defense Minister Hulusi Akar clearly expressed Ankara’s expectation of concrete steps from the federal government and the Kurdistan Regional Government against the PKK. However, neither seems very likely to take concrete steps in the short term. In this context, the attitude of the Biden administration toward the PKK and its affiliate groups will be determinant for all parties. As far as Turkey is concerned, the PKK is a factor of regional instability as well as being a direct threat to the country—therefore Turkey will continue its anti-PKK operations and to shape its relations with other actors according to their approach to the PKK.

This article was published in The German Marshall Fund of the United States website under the title of “Turkey and the Kurdish Factor in the Middle East” on May 13, 2021. 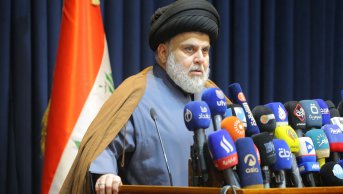 Sadr will need to play chess to form Iraq's government

Mehmet Alaca | 05.01.2022
Despite two months passing since the election in Iraq, no significant progress has been made towards forming government. The Sadrist Bloc, led by... 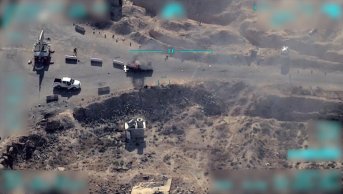 Bilgay Duman | 17.12.2021
Backed into a corner by recent Turkish operations in the north of Iraq, the terrorist group PKK has resorted to mobilizing its local affiliates in... 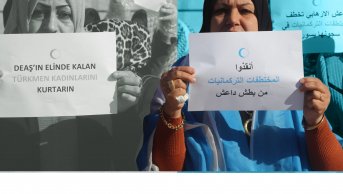 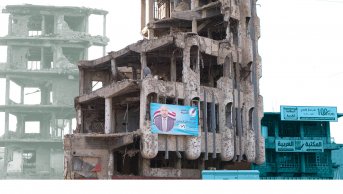 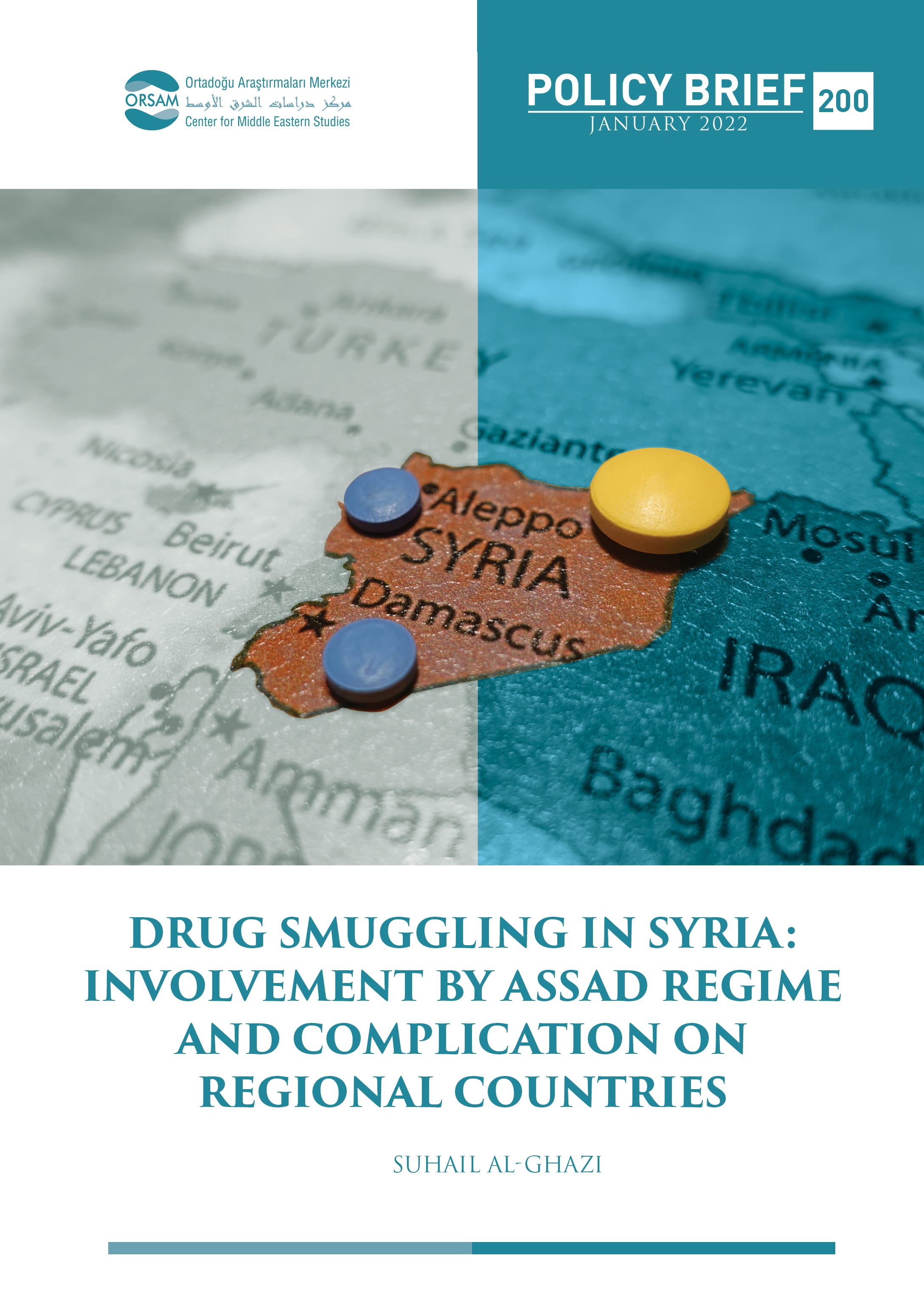